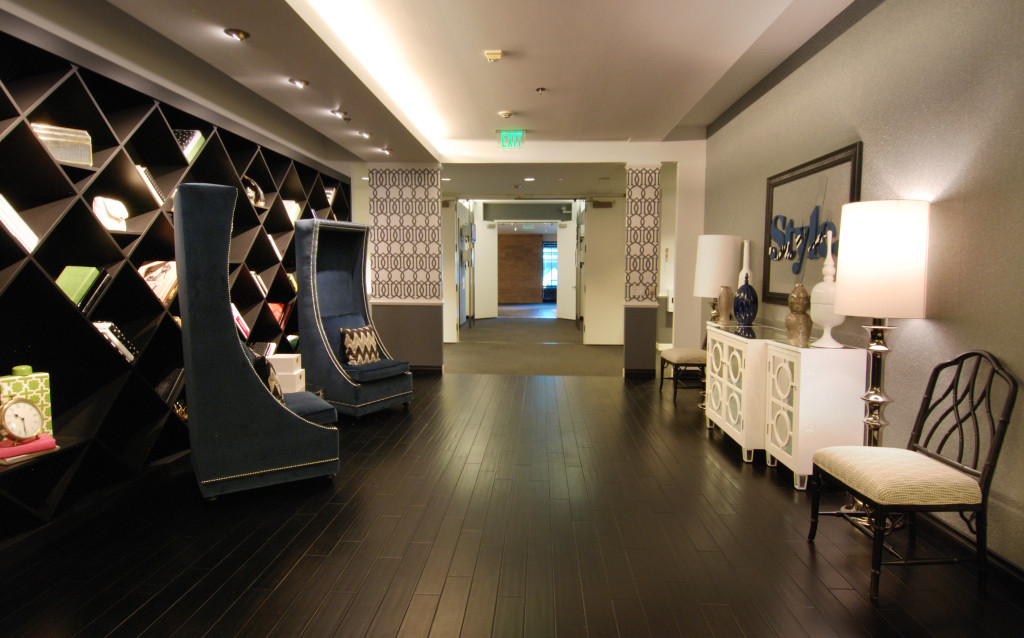 Prior to our participation in this project, Style had spent many hours developing a specific  look, feel and image for their network.  We worked closely with their marketing department to bring to life the vision of their interior space.  They wanted a space that was decidedly feminine, but one that would appeal to the many different feeling, moods and styles of women.   One way Style had accomplished this was in development of their new Logo.  Style had developed different versions of their logo with variations of color, texture and pattern.  We wanted this continuity and variation to translate in their space as well.

One of the first impressions for the space was the Style Lobby. Feelings of drama and luxury were desired so we designed these tall velvet chairs in a rich blue color, placed in front of custom shelving that was accessorized with curated items from their history. We selected a jeweled wallcovering for the east wall which would serve as a backdrop to the logo to evoke a feeling of feminine luxury. 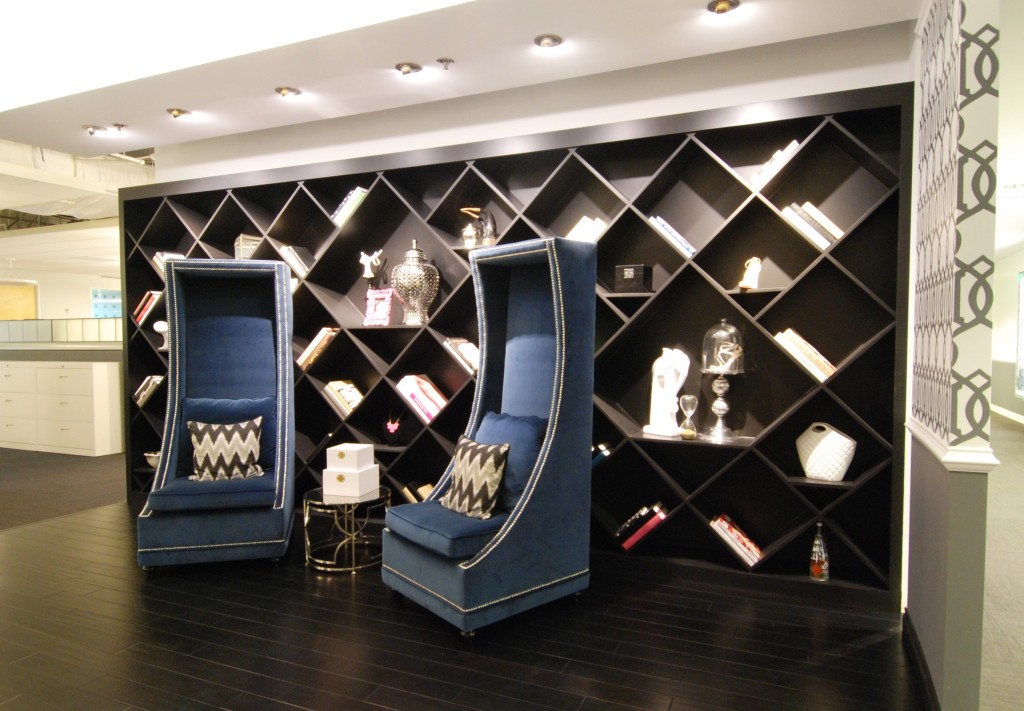 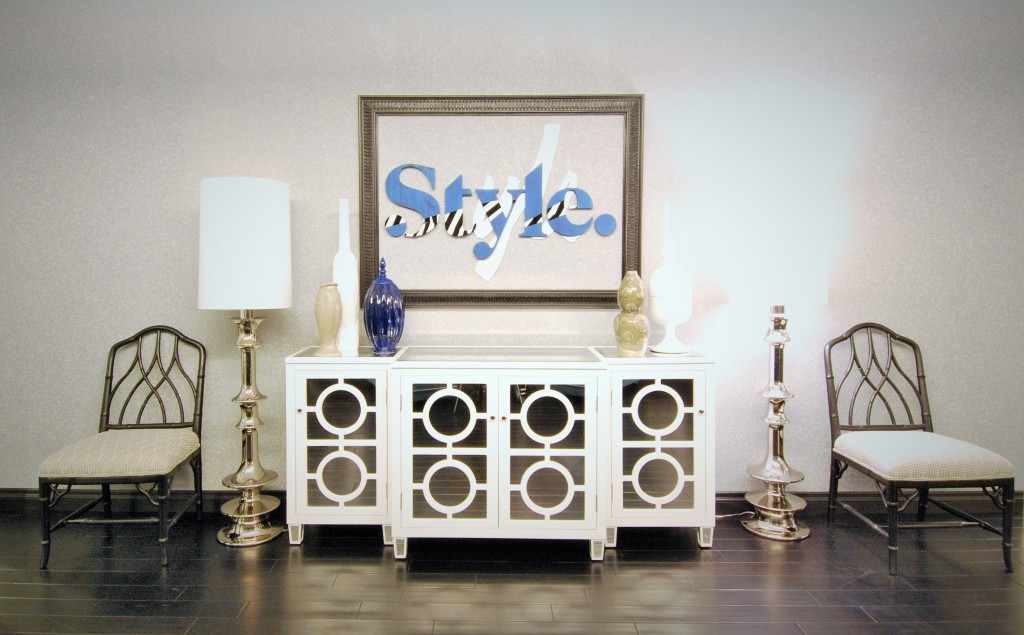 They occupied a portion of the floor shared with other network auxiliaries so their desire was to differentiate the space for Style so one would know as soon as they had arrived to Style.

The private offices were outfitted with furniture original to their relocation to the building in 1999 consisting of large heavy wood desking and furnishings.  The updated look with white furniture brightened the offices, while providing a company standard to set them apart from the other network groups within the office space. 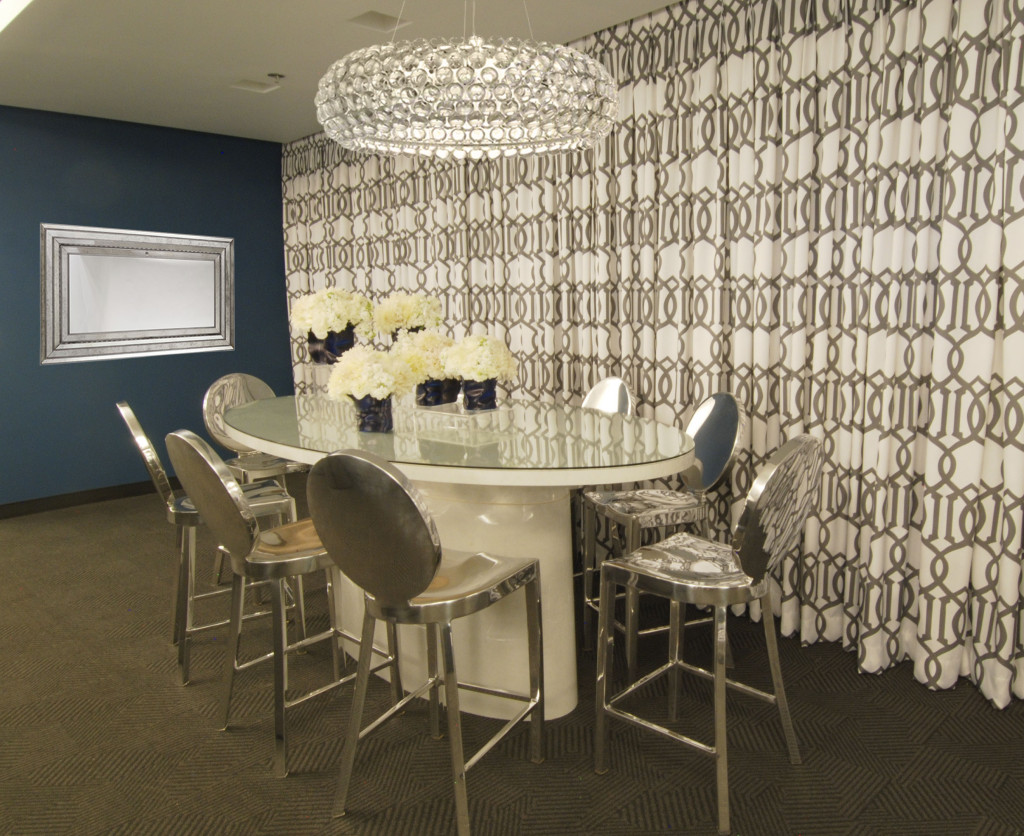 Collaborative Workspaces were designed so teams could hold impromptu meetings and brainstorm sessions. 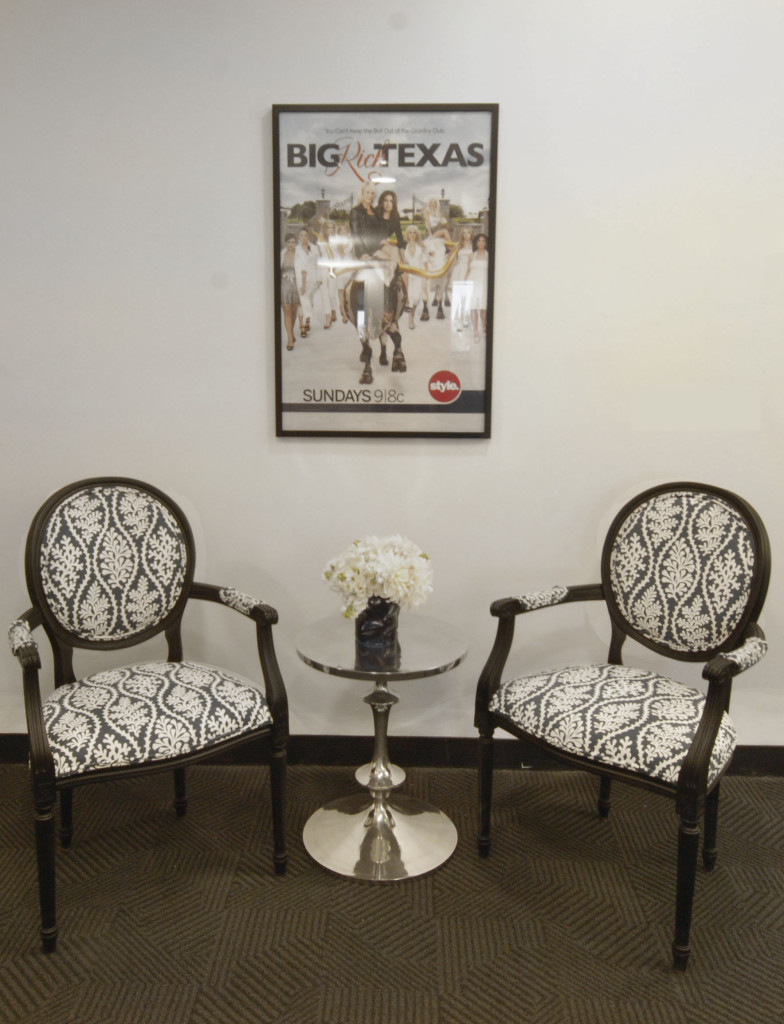 We also included small touch down and waiting areas throughout the space for small gatherings.

Part of the design included a Pitch room  where executives could host meetings to review upcoming programming.  This space needed ample comfortable seating where ideas could be exchanged. 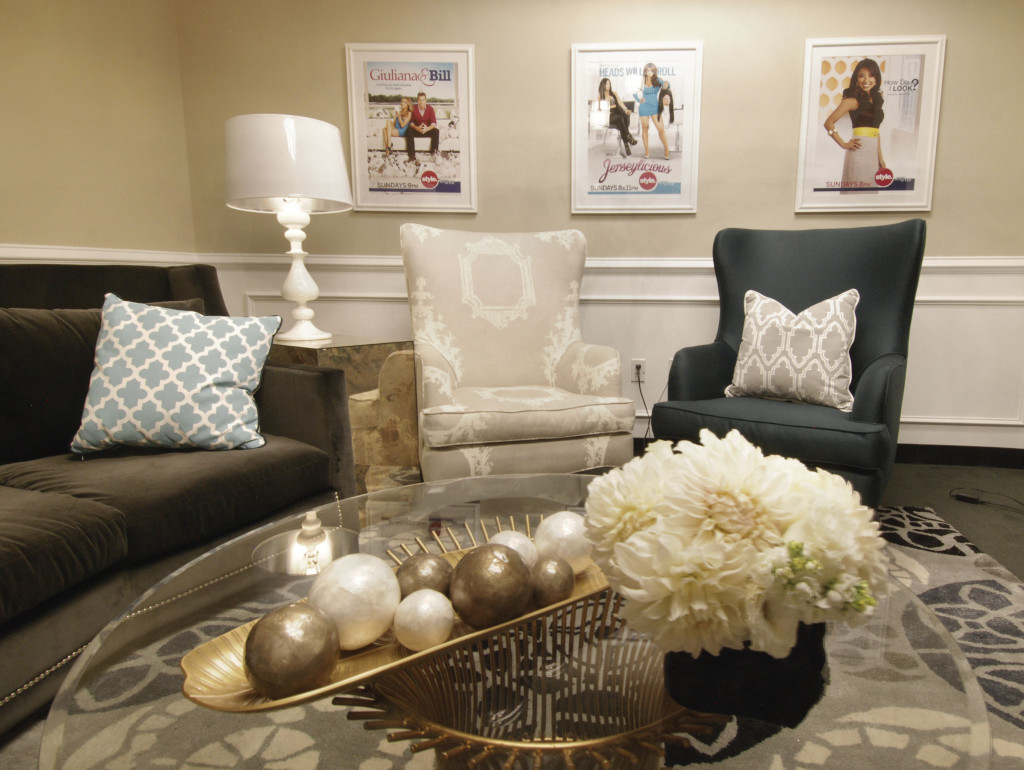 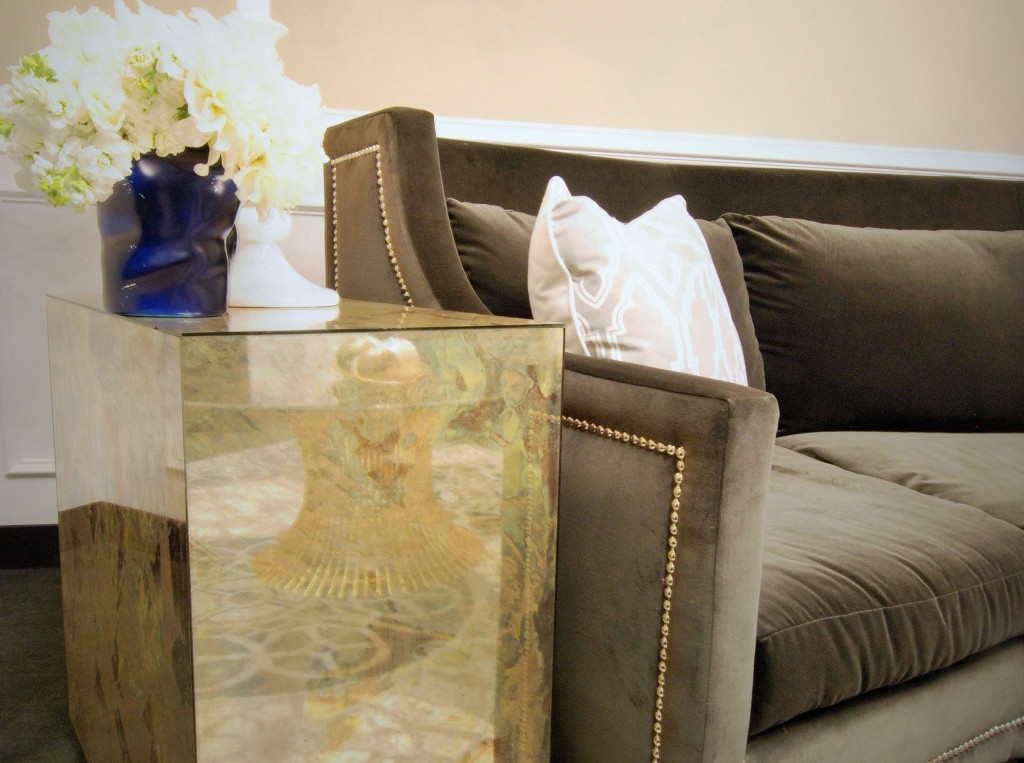